3 Mistakes To Avoid To Maximize Time With Your Daughter

If you’re a busy mom who seriously wants to maximize her time with her daughter, then here are 3 mistakes to avoid.

Leave It ‘Til Later

One of the mistakes to avoid  is thinking that you can leave it ’til later because your daughter will “understand” and “make due” until you have time to attend to her needs. This is not to say that you are to be at her beck-and-call. 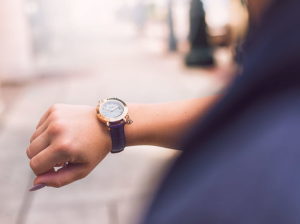 What I am saying is it’s important to keep your word.

Keeping your word lays the foundation of trust between you and your daughter. And it applies to how you dole out (positive and negative) consequences to her for her actions/inactions in response to what you’ve told her to do or not do.

So, avoid postponing things that you’ve stated you will do with, to,  or for her.

If you make the mistake of “leave it ’til later,” then you will be playing “catch up” at the tail end things when your daughter will have “moved on” to something else. But she will have moved on with a big(ger) gap in her emotional tank of trusting you. If this were to happen, then it will put an added stress and strain on your relationship.

As a busy mom, you need to avoid this first of three mistakes because it spells the difference between having or not having the kind of quality relationship with your daughter.

Assuming She Understands You And Your Reasons

The core idea with this mistake is that, in your busyness, it can be easy to thing “Oh, she’ll understand.” This assumption that your daughter understands — or at least should understand — why you’re doing, reacting, saying certain things is a slippery slope.

began at the point of assuming understanding.”

If you make assumptions about your daughter, she will feel unseen, unheard, and/or unappreciated for who she is. These kinds of assumptions will cause tensions that could’ve been avoided.

If you assume she “gets” you, then you’re not only placing a heavy emotional burden on her, but also unfairly making her responsible for your adult-life matters–a boundary that (and I don’t say this lightly) never be crossed.

If you cross that parent-child boundary, then your daughter will feel unfairly treated or misunderstood. Additionally, it will make her think that she cannot be open with you about her own struggles to make sense of life, which will erode at any communications lines between the two of you.

Remember: You are her parent–her mom–first; not her friend. The friendship will come later, if you maintain the appropriate boundaries with her early on.

(a.k.a. Lighting A Short Fuse)

Any busy mom will tell you that sometimes her “emotions got the best of her.” That she “lost it” or “blew up.” 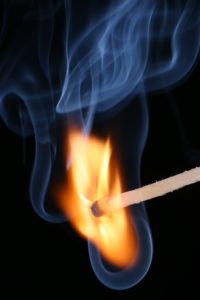 Things happen. You’re short (stressed) fuse gets ignited and you blow up.

Getting lit is avoidable, though.

However, if you’re unable to avoid this second mistake, you will be sending your daughter the (conscious and unconscious) message that you are unsafe to be with or to approach.

You need to understand that when you get lit,  your daughter will retreat, close up, or tune out from you and anything you have to say to her about anything. Period.

And there is a likelihood that she may end up repeating your same explosive pattern — or her reactionary protective pattern — in some (other) way in response to you, someone, or something else in the future. For example, she may not say “No” if someone were to get aggressive with in an interpersonal interaction, which may be to her detriment.

Bottom line to avoid this “getting lit” mistake?

You should give yourself a time-O.U.T. This means you need to:

If you’re still finding it hard to give yourself a time-O.U.T., then you may want to seek out some assistance with what it may be contributing to that difficulty.

It’s important for busy moms to avoid these 3 Mistakes in order to maximize their time with their daughter:

There’s quite a bit here, but it’ll be well worth it to pause to consider how to implement an alternative to actually making those mistakes. Quality time with you daughter is at stake.

Hey, one more thing before I forget, if you’re serious about avoiding these mistakes and building a new kind of communication with your daughter, download this FREE PDF I published. It will help you do that J Check it out here: http://bit.ly/GetHer2Talk

Dr. Michelle Deering, Ed.D., is a Mother-Daughter Relationship Consultant, North Carolina-licensed clinical psychologist (LP, HSP-P), nationally board certified sport psychologist, best-selling author, and professional speaker. She is founder and CEO of Curative Connections LLC, a premier consulting firm in Apex that provides mother-daughter consultation and speaker services to moms, daughters (>18 years old), and organizations that service them. Her book, What Mothers Never Tell Their Daughters, will available in audio book format in the Spring 2019.

Previous Is Your Motherhood Relevant Or Relative?
Next 3 Secrets Empty-Nesting Moms Needs To Know